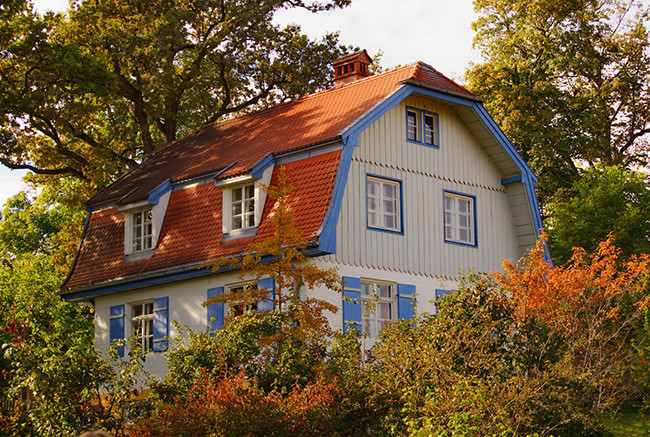 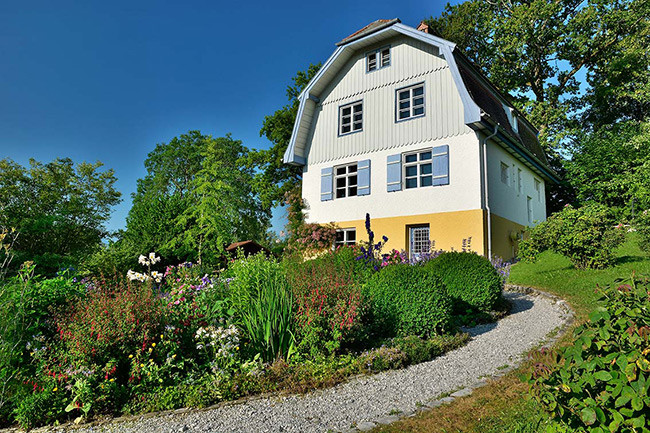 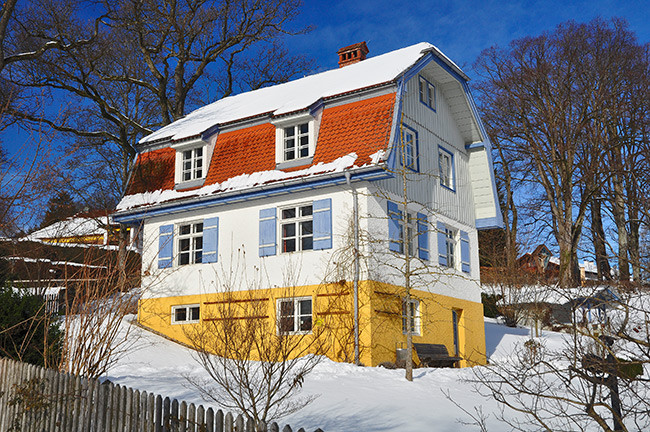 LIFTED FROM THE PAGES OF A CHILDREN’S NOVEL

They designed the garden together. They painted the furniture guided only by their artistic sensibilities. Over many years, Gabriele Münter and Wassily Kandinsky spent the summer months in the house located in the Kottmüllerallee in Murnau a. Staffelsee. Entering it today, it almost feels as if they were here, about to paint a table or even the banisters.

It was on 21 August 1909, that Gabriele Münter bought the little property. One glance out of the window towards the church and the castle, and she had found the motifs for her Expressionist works. Locals also commonly referred to the small country dwelling as the "Russian House". For this was a place where Kandinsky's Russian artist friends came and went, Alexej Jawlensky among them.

The Münter Haus was the inspiration and starting point for a new artistic movement – Expressionism. It was a meeting point for the avant-garde and a haven for artists: Franz Marc, Alexej Jawlensky, Marianne von Werefkin, August Macke and Arnold Schönberg were regular visitors, as were collectors and gallery owners. "The Blue Rider" almanac is likewise said to have been created here.